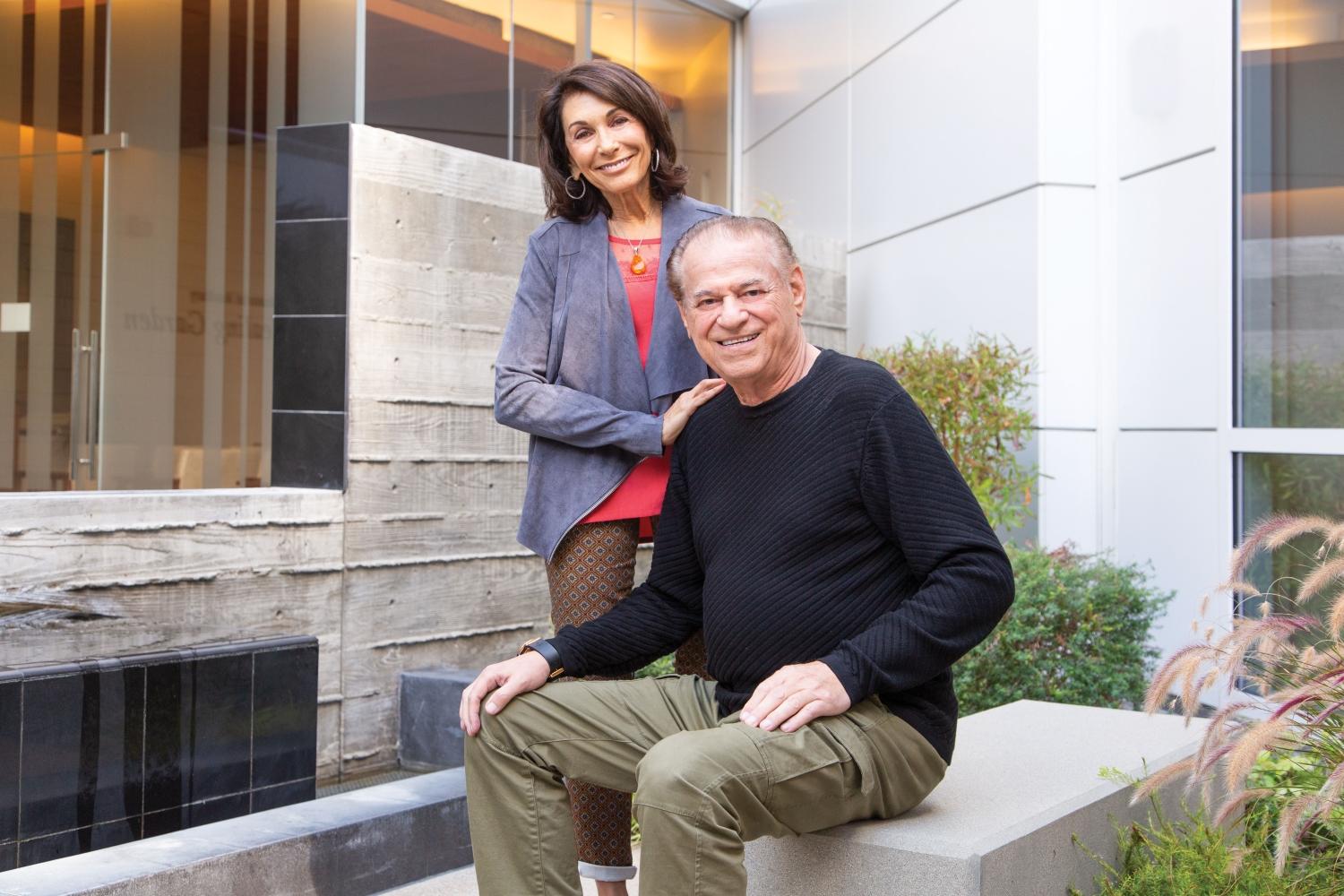 Under the Guidance of Angels

Jack Schneider, a spry senior who refers to his age as “just a number,” thought he had a simple case of GERD (gastroesophageal reflux disease or acid reflux). He first noticed it after eating a lobster dinner in Las Vegas with his wife, Elaine, the weekend before Thanksgiving. However, the pain persisted.

On the drive back home to the Southland, it became so acute he had to pull into the escape zone on Interstate 15. At that point he “knew something wasn’t right.”

The couple made it back home. But it wasn’t until days later and a skipped Thanksgiving dinner with family that Jack finally followed his wife’s urging to visit an urgent care facility. When they arrived his vital signs were normal, but the doctor was concerned by Jack’s appearance. “His face was pale—ash gray,” says Elaine.

The doctor advised Jack and Elaine to immediately drive or travel by ambulance to the nearest emergency department for further assessment. Elaine listened to a hunch to call her daughter and son-in-law for advice about which hospital to choose for Jack’s care. Elaine reminded their daughter that Jack was already under the care of a Cedars-Sinai physician but also shared concern that Cedars-Sinai was a long distance away.

Upon arrival at Torrance Memorial’s emergency department, Jack received an electrocardiogram to monitor his heart’s electrical activity. Again results were normal, but a high protein count in his blood work indicated Jack had suffered a heart attack—likely when his pain was most acute a few days prior. He was fast-tracked into the catheterization laboratory under the care of cardiologist Leonard Scuderi, MD, who discovered Jack’s right coronary artery was 99% blocked. Dr. Scuderi performed a procedure to place a stent in the artery to clear the blockage.

Not Yet Out of the Woods

Jack was on the road to recovery but began experiencing atrial fibrillation (known as AFib), a quivering or irregular heartbeat that can lead to blood clots, stroke and heart failure. He remained in the hospital for a few days where he could be closely monitored.

While speaking on the phone with his granddaughter from his hospital room, Jack complained of having the “worst headache of his life” and Elaine noticed he started slurring and jumbling his words. Elaine, who is a speech-language pathologist, was familiar with the devastating effects caused by a stroke and recognized the signs in her husband. She brought it to the attention of the nurse who called in Torrance Memorial’s rapid response team.

Through a joint program between Torrance Memorial and Cedars-Sinai called Telestroke, the team wheeled in a robot video monitor to the bedside to conduct a remote consultation with Cedars-Sinai neurologist and stroke specialist Dr. Shlee Song, who serves as medical director of Torrance Memorial’s stroke program and associate director of the Cedars-Sinai department of neurology stroke program. Her visual assessment of Jack’s speech and movement confirmed a diagnosis of stroke.

Working in Jack’s favor, his stroke was timed with the recent arrival at Torrance Memorial of VIPRE RapidScan® Technology artificial intelligence software, which helped interventional radiologist Richard Krauthamer, MD, quickly determine the appropriate intervention. With each minute that passes before stroke intervention, about 2 million brain cells are lost. Prior to RapidScan, radiologists might have had to wait several minutes longer to receive MRI results, so access to this technology was critical to Jack’s stroke outcome.

According to the doctor, Jack had a lot of “in jeopardy” brain tissue that could be salvaged and none at that point was damaged beyond repair. With this encouraging news, Dr. Krauthamer decided Jack would be a good candidate for a relatively new minimally invasive procedure called mechanical thrombectomy to attempt to remove the clot that had caused his stroke.

“The RapidScan really helped us decide to intervene and to visually show the family the need to proceed. Not every hospital can afford to use this high-tech program, but fortunately Torrance Memorial has the resources to have it available for the benefit of the community,” Dr. Krauthamer says.

During thrombectomy a catheter is guided through an artery in the leg and into the brain. Once inside the brain, the clot is removed using a specialized clot retrieval device in combination with a suction device.

“We went ahead and did an angiogram, and we were able to remove a fairly peripheral clot that was very subtle and very difficult to see on the CT scan images,” Dr. Krauthamer says.

He continues, “If this were another hospital and we didn’t have the RapidScan, the quick interaction with our Cedars-Sinai neurology team, our dedicated in-house stroke team of nurses and IR technologists, as well as our comprehensive stroke center designation by L.A. County, he would have had to be transferred. That would have required an ambulance ride, clinical reassessment, taking another nursing report, wheeling him into the lab, prep work, anesthesia—those things take time and he was running out of time. Fortunately Torrance Memorial can routinely handle these critical patients.”

Jack had a sense he might be running out of time as well. He recalls seeing a white light and thinking in that moment, “This must be what dying is like, and it isn’t that bad.” As the light narrowed he remembers hearing a loud popping sound. He now believes that may have occurred at the moment the clot was removed.

Thrombectomy comes with risks of bleeding, rupturing or damaging an artery and lack of removal of the entire clot. About 1 in 3 people have a good result like Jack, Dr. Krauthamer says. “It’s a procedure not without risk, but the benefits in Jack’s case outweighed the risks,” he asserts.

Without intervention for a stroke of Jack’s type, Dr. Krauthamer believes he would have faced the possibility of lifelong disability, incapacitation or even death if his stroke progressed. Instead Jack woke up from the procedure with no visible signs of a stroke. He was able to stand up, sit, eat and talk. “It was absolutely amazing,” Jack says.

To control his AFib and prevent another heart attack or stroke, Jack must now take nearly a dozen medications daily. But despite the inconvenience, he and Elaine are grateful for what he calls the “stroke of luck.” He shares, “I was really lucky to have the two best doctors who saved my life.”

“Angels were guiding us every step of the way—from the time we went to the urgent care to the emergency room at Torrance Memorial,” Elaine says.

Today, Jack and Elaine say their priorities have shifted. “People are more important than things,” Jack says. Elaine adds, “We are more grateful for every day we wake up, see the sun and take a breath. We thank the Lord for each new day, our family and friends, and the miracles all around us.”