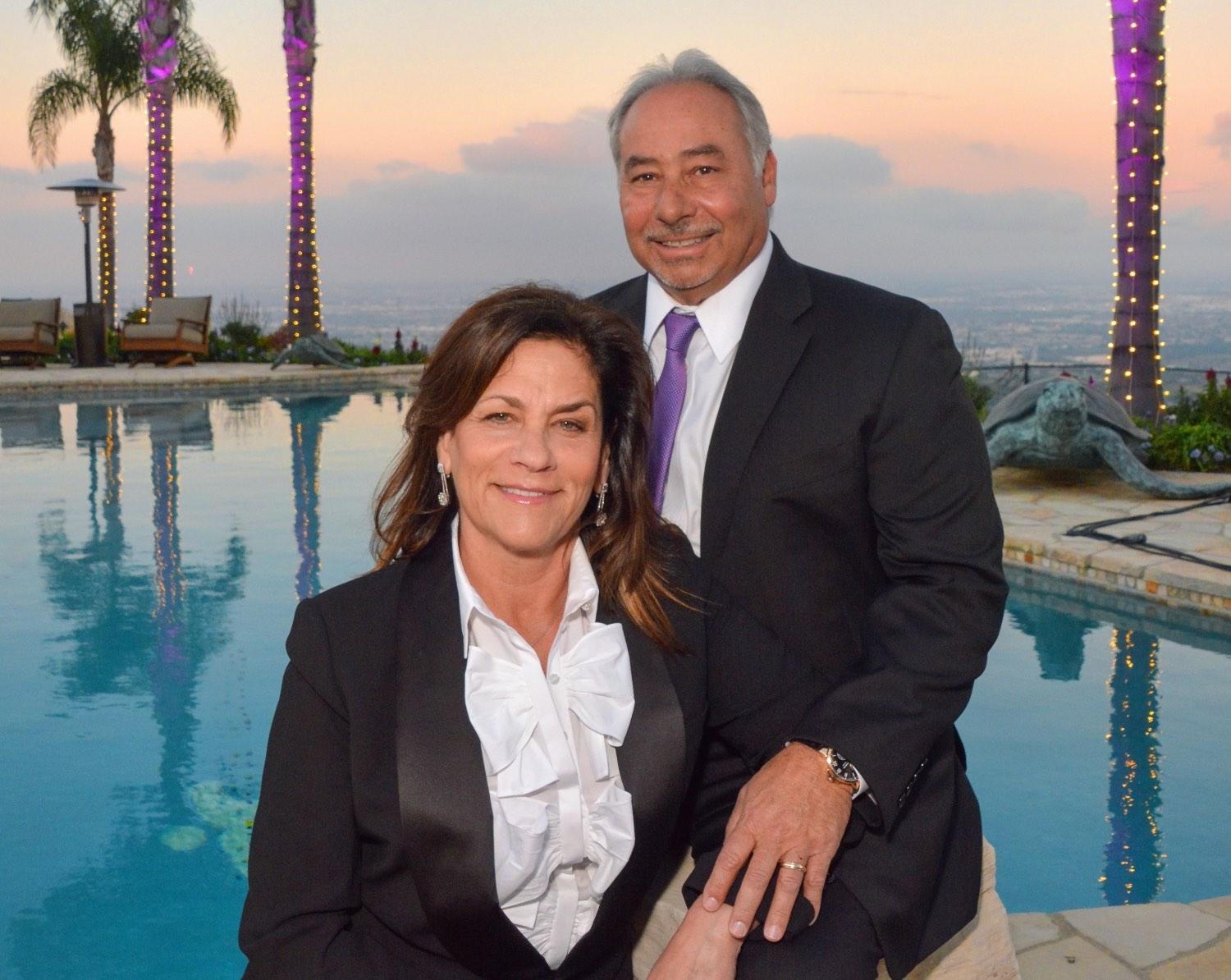 At the age of 9, Joe Gregorio wasn’t just riding dirt bikes. He was repairing and rebuilding them. By 16 he was rebuilding cars. Hands-on work came naturally to Joe, who took auto, machine and wood shop classes at San Pedro High School.

“As kids, we didn’t have cell phones or computers, so we worked with our hands,” he says.

After high school, Joe attended El Camino College to play football. Shortly into his first season, he suffered a football injury that sidelined his sports career. At that point, he decided to follow his passion by enrolling in trade school at Harbor Occupational. There he learned electrical, motor control, welding and diesel engine repair skills, among others.

He attended academies for training on specific brands of machinery. Then he earned his electrical, general building and engineering contracting licenses.

For two years, Joe worked as an engineer and mechanic at the now defunct DiCarlo’s Bakery, where his dad worked. In 1979 he began working as a mechanic in the Los Angeles and Long Beach harbors, performing maintenance on ship-to-shore cranes—the large cranes used at ports to load and unload shipping containers.

Based in Long Beach, Pacific Crane today employs about 1,000 people, including 800 longshore personnel. Team members work at multiple marine terminals maintaining the mechanical equipment used in the ports of Los Angeles and Long Beach as well as Seattle and Tacoma, Washington.

“You spend a lot of time with family. Sometimes you get along, and sometimes you don’t. But for the most part we all enjoy what we do and look forward to doing it each day,” Joe says. “We do what it takes to get the work done.”

Despite the stress of running a company, Joe gets great satisfaction from Pacific Crane’s achievements. “It’s rewarding when your customer needs a piece of equipment repaired and you and your company are the ones who can repair it. It’s great to know you were able to get the equipment up and running so the container boxes continue to move and ships are unloaded,” he says. “You watch the trade come in and out of the harbor … and you know you’re part of that trade’s movement.”

At home Joe enjoys his family. He and Laura met at San Pedro High School and have been married for 40 years. They devote themselves to their five grandchildren (ranging in age from 7 to 21), attending their sports events and various performances.

“We’ve gotten all our kids to become Patrons as well,” Laura notes. “It is an outstanding community hospital,” says Joe. “I’ve been in other community hospitals, and there’s no comparison. They have good physicians and good administrators, and it’s just a fabulous place.”

But Joe didn’t always have positive associations with hospitals. When his dad went to a community hospital years ago for an angiogram, it was one of the first performed at that location. Joe’s dad had an allergic reaction to the dye used for the procedure and died almost instantly. He was 46.

An autopsy showed he had coronary artery disease, so Joe resolved to watch his own health. He took matters into his own hands, going for regular tests with his Torrance Memorial cardiologist, Benjamin Rosin, MD. After Dr. Rosin retired, Christopher Matchison, MD, took over Joe’s care.

Joe underwent annual treadmill tests, EKGs and blood tests, all of which he passed for 33 years. But there was one test he declined: an angiogram.

In April 2018, Joe felt some stronger than normal indigestion. An endoscopy test showed no problems. But when the indigestion soon returned, Dr. Matchison insisted Joe undergo an angiogram. He and Joe’s primary physician, Lawrence Sher, MD, of Palos Verdes Medical Group, assured Joe that what happened to his father would not happen to him.

“Within a minute of starting the angiogram, they told me, ‘You’re not leaving here. You need to be admitted to the hospital and you will need surgery,’” Joe recalls.

Joe had severe blockages in three arteries that left little more than a hair’s breadth for blood to circulate. He would need coronary artery bypass graft (CABG) surgery—an open-heart procedure using healthy arteries from his chest to create new pathways around the blockages. A heart-lung machine would pump his blood while his heart was stopped during the procedure.

Joe was shocked. Although he knew before undergoing the angiogram that it might reveal coronary artery disease, he didn’t really believe he would need open- heart surgery—a prospect that had haunted him since his father’s passing 33 years earlier.

Over the next 24 hours, Joe asked many questions about his surgery and his postsurgical care. Both Dr. Matchison and surgeon Jack Sun, MD, answered all of Joe’s and his family’s questions.

Another constant figure was Laura Schenasi, who reassured Joe and his family and addressed all their questions and concerns. Although this made the family comfortable and helped relax Joe a bit, he was still not comfortable with the idea of undergoing open-heart surgery. He was determined to “fix” the situation another way, as he does with the machines he maintains.

Joe asked Dr. Sun and Dr. Matchison if he could just get a few stents inserted instead of having the CABG surgery. They explained why that would not be a good idea and described why surgery made the most sense.

Still, Joe resisted. Dr. Sun and Dr. Matchison then consulted with Michael Wyman, MD—a heart surgeon operating at Torrance Memorial for years and one of only a handful of surgeons in the world specializing in stenting completely blocked arteries. He agreed with the other two physicians, and the three assured Joe that the CABG surgery was his best option.

Just two days after his fateful angiogram, Joe faced his biggest fear and underwent CABG surgery with Dr. Sun and his team. The procedure was a success, allowing Joe to return to his CEO duties and, more importantly, return to his family with a second chance at life.

He has since adopted a regular workout routine consisting of 30 to 60 minutes of cardio daily and lifting weights three times a week. Joe feels better now than he did before the procedure. “I have more energy, and I no longer need asthma or blood pressure medications,” he says.

“The staff was fantastic, and my care was off the charts,” Joe continues. “Dr. Sun and Dr. Matchison explained everything thoroughly and were really on their game. They looked in on me and so did some of my other Torrance Memorial physicians. Many have become my friends. I can’t speak highly enough about them.” 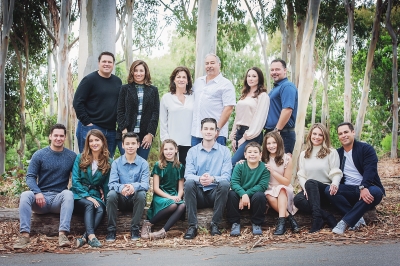 Joe mentioned others who were important to him and his successful operation: Anthony Rasic, MD, his anesthesiologists and his friend Dottie Rudinica (who also works in cardiology). Dr. Rasic helped him recover after his surgery, checking on him frequently before Joe was discharged and making himself available for any concerns after Joe returned home from the hospital.

The anesthesiologists who worked with Joe were calm and confident, which helped him relax. Dottie constantly checked on Joe and ensured he was comfortable pre- and post-op. She reassured him he was in the best hands possible with Dr. Sun.

All involved had an extremely positive impact on Joe’s experience, making the operation and his recovery. He recalls that when he was told he needed open-heart surgery, he wondered if having it done at a community hospital was the best choice.

Joe asked, “Am I in the right place?” His doctors assured him he was, and Joe agrees. “If I ever were to get into medical troubles anywhere else, I’d do whatever I could to get myself back to Torrance Memorial.”

Joe and Laura credit the Lundquist Lurie Cardiovascular Institute for saving his life. To express their gratitude, the couple hosted a dinner at their Rolling Hills home in February to raise funds for the Institute.