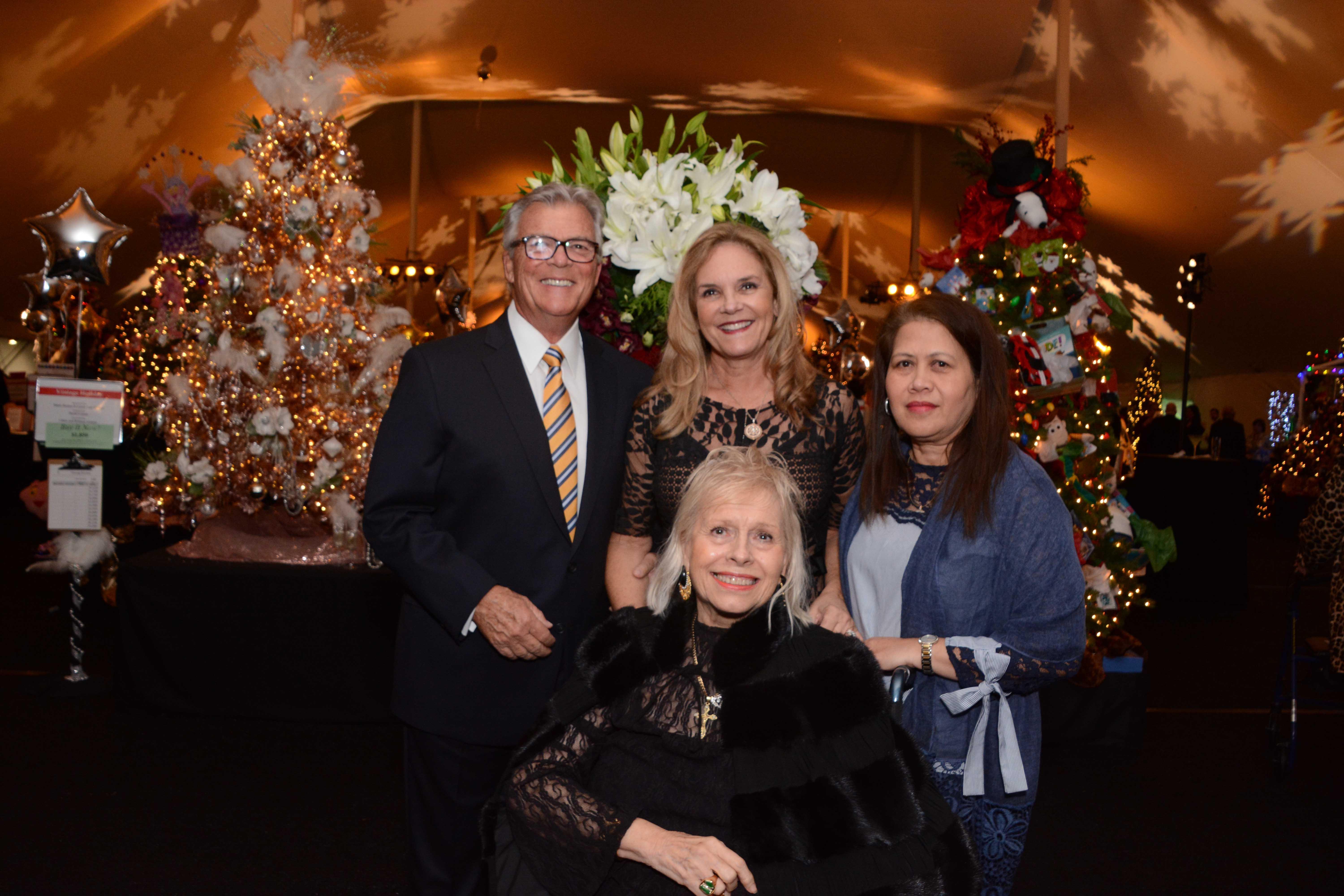 Carol Wharton donates through her IRA in appreciation for her care.

For 30 years, Carol Wharton, now 79, had a thriving interior design business. Her clients were primarily homeowners on the Palos Verdes Peninsula, where she has lived since 1965. Her clients benefited from her training with renowned antique dealers and experience with window displays, along with teaching design to others.

After a stroke in 2016, she needed a wheelchair and round-the-clock caregivers, but this didn’t dampen her optimism. “I feel safe in the wheelchair,” says Carol, who now lives across the street from her daughter and son-in-law, Desiree and Jim Collings, in the Lunada Bay area of Palos Verdes Estates. “I would like to start a support group for other people in wheelchairs so they don’t feel like it’s the end of the world.”

She has extended that generosity of spirit to Torrance Memorial Medical Center because of the care she received at the hospital. In April 2019, Carol underwent emergency surgery to remove kidney stones and treat a severe infection. After seven days of recovery, she went home. A week later, she returned for follow-up outpatient surgery.

“Dr. [Garrett S.] Matsunaga saved my life,” Carol says of Torrance Memorial’s chief of urology who performed both surgeries. “His assistant was great too. And I really appreciated the respect, love and tenderness they showed.”

Because of that experience, Carol says, she wanted to show her appreciation to Torrance Memorial by “making a gift from my heart.” Son-in-law Jim, a financial planner and her advisor, recommended a donation through an IRA Qualified Charitable Distribution (QCD), also known as an IRA Charitable Rollover. Her gift of $500,000 was structured over three years partially in cash and partially through QCDs.

“When people reach 70½ years old, they are required to start taking distributions from their IRAs, on which they have to pay income taxes,” Jim explains. “Donating funds from her IRA allowed Carol to support a favorite charity, meet her required minimum distribution and avoid the income tax on the donated amount. The IRA QCD is a good estate planning tool with many tax benefits.”

Wharton, who has attended the hospital’s annual Holiday Festival gala many times over the years—sometimes accompanied by her daughter and son-in-law—has made other periodic gifts to the hospital. A grandmother of three and great-grandmother of six, she also takes pride in the recent donation of books by one of her grandchildren, Katie Nichol, and her foundation Cami’s Jammies. (See “Every Donation Counts” story on page 35.)

“When you’re near the end of life, you can have a positive or negative attitude,” says Carol, who looks forward sometime in the future to resuming an in-person Bible-study group, which she held at her house before the COVID-19 pandemic hit. “I choose the positive.