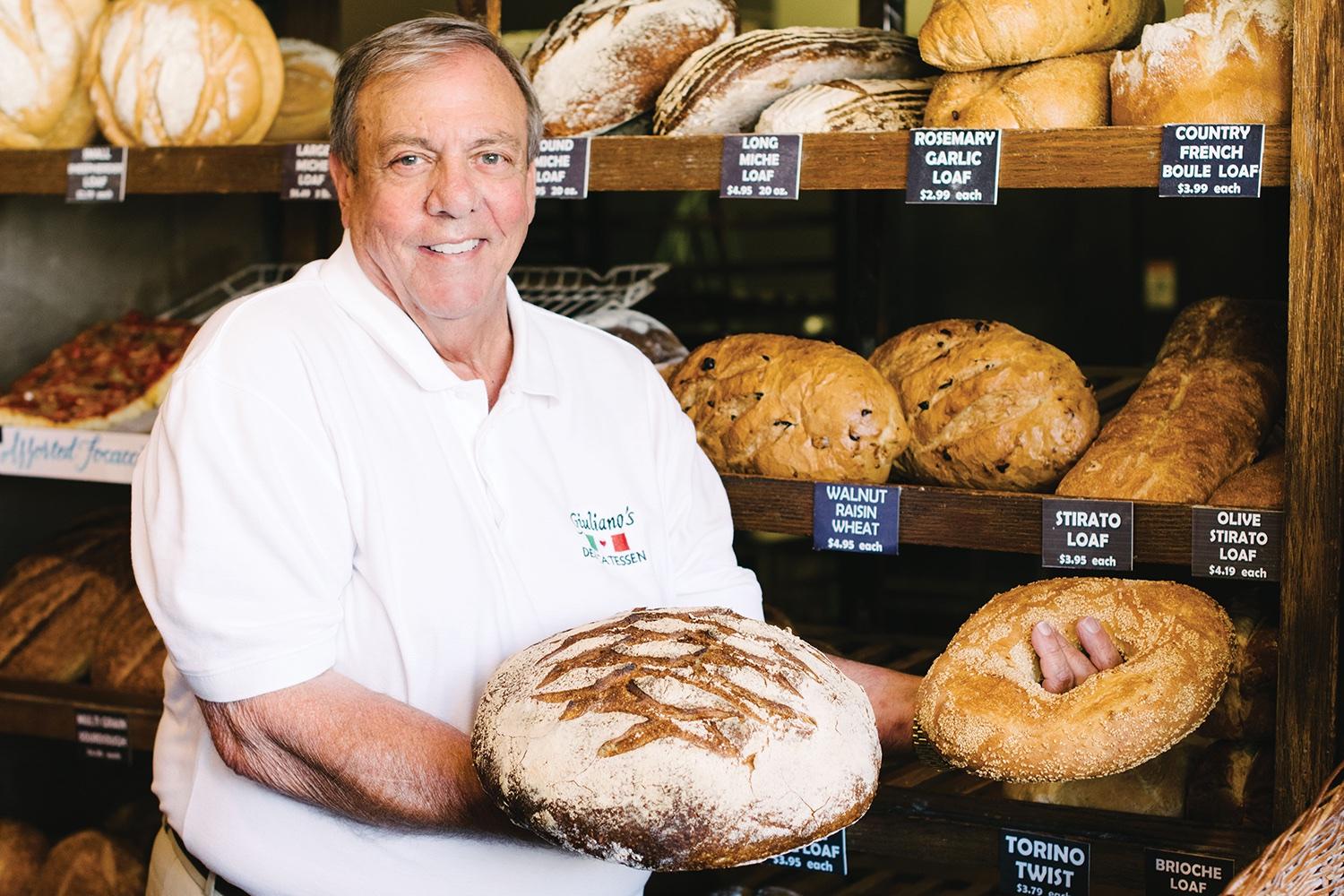 Down a hill behind Paul Giuliano’s house in Rolling Hills Estates, more than an acre of land teems with life. Bright green stalks of corn stretch toward the sky. Plump orange and red heirloom tomatoes grow in raised beds next to pale green peppers and shiny, deep-purple eggplants. Chickens strut around a generous-sized chicken coop, and fresh eggs sit waiting to be collected.

The care Paul lavishes on his garden is the same care he lavishes on his businesses and his family. He learned from his parents and grandparents. His Italian-born grandfather ran an Italian grocery store in Boston, and his parents, who moved to Southern California in 1949, opened Giuliano’s Italian Delicatessen in Gardena in 1952. 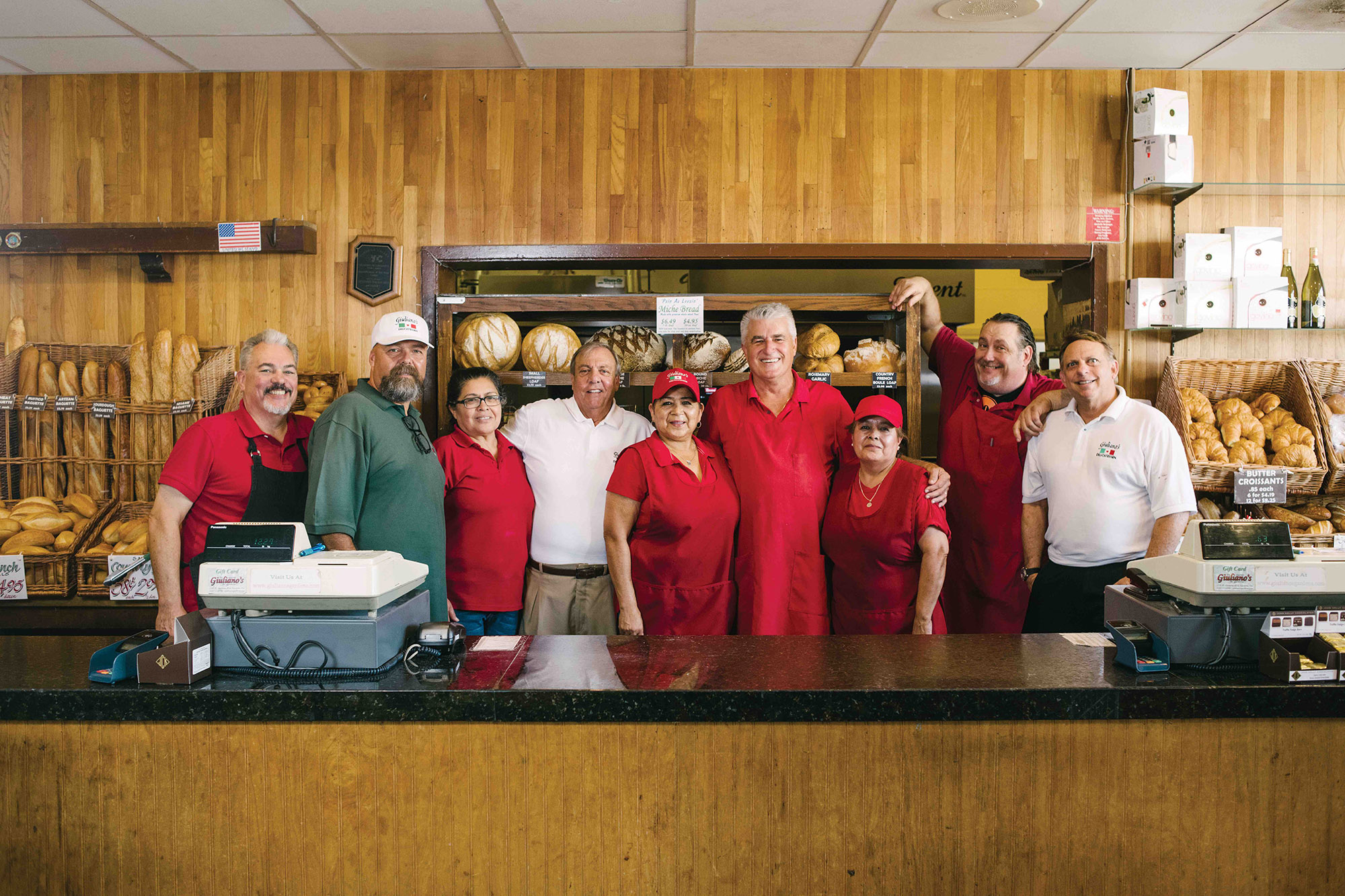 Today the beloved South Bay institution continues to delight customers with baked goods, cured meats and imported items such as olive oil, pasta and wine. The ever-popular torpedo sandwich is still made just as it has been since the beginning.

“Being in business 67 years is quite an accomplishment, especially in the food industry,” says Paul. “Trends change. The customer base changes. But there’s no compromise for quality, for service or for maintaining pride in the product you produce.”

Paul grew up in Giuliano’s doing everything from sweeping floors to serving customers. Farming was in his blood. As a student at Gardena High School, he took vocational agricultural classes and was a member of Future Farmers of America. Over the years he raised a steer, a hog and sheep he’d show at community fairs. At Cal Poly San Luis Obispo, he again majored in vocational agriculture.

After college, Paul joined the army, which took him to East Africa and the Middle East. He didn’t think he’d follow his parents into the business. However, his three-year stint made him homesick not just for his family but for all the traditional foods they’d share on holidays.

In 1960, Paul became part owner of the business with his older brother. Five years later he married Joanna, who shared his Italian heritage. She helped in the deli and created lavish gift baskets. Over two decades, Paul and his brother opened 13 Giuliano’s stores around the Southland.

Eventually the brothers decided to each go their own way. Paul kept the original Gardena location, and his brother took the others. (Today, two Giuliano’s stores remain in Redondo Beach and Torrance but have no relation to the Giuliano family.)

Just as Paul and his brothers worked at Giuliano’s Delicatessen while they were growing up, so did Paul’s three children.

“I started at the bottom. I mopped floors, took out the trash and cleaned toilets,” says oldest son, Paul Jr. “Then I learned how to work the cash register and wait on customers and eventually worked behind the deli counter in high school and college.”

After graduating from USC with a degree in business finance, Paul Jr. joined his father in the business. He started making sandwiches and opened a new company, Integrated Food Service, in 1991. The business manufactures products for schools in approximately 40 states, as well as items for their private-label retail customers.

While at USC, Paul Jr. met his wife, Noelle, who shares an interest in culinary arts. An expert baker, she helps with recipe development for the businesses. Her chocolate chip cookie dough, for example, is a huge hit at a major retailer. Noelle is also an active volunteer in the community. She served for seven years on the board of trustees for the Peninsula Education Foundation and is an active member of Peninsula Committee Children’s Hospital.

It’s truly a family affair. Paul Jr.’s brother, Anthony, is involved in the business, and sister Jennifer’s husband, Bill Kirk, is the company controller. All three children live within a 10-minute drive of their parents’ home. 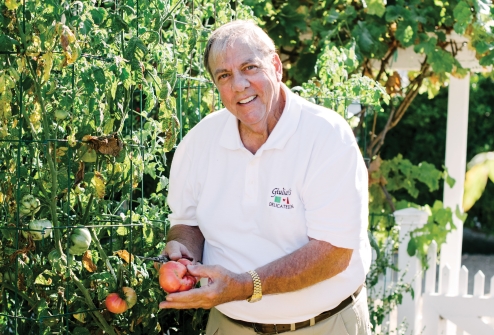 The Giulianos had been fortunate not to require hospitalization, but they were aware of Torrance Memorial’s excellent reputation because of their relationship with Torrance Memorial Foundation board member Michael Zislis, a childhood friend of Paul Jr.’s. Then about a year ago, Joanna’s sister took a bad fall, breaking several bones. She was taken to Torrance Memorial, where she received top notch care.

“Just as it’s key to my business, it was evident Torrance Memorial provides quality and service,” Paul Sr. says of the Medical Center. “We were also impressed with the community support and outreach they provide.”

He and Joanna decided to become Patrons, knowing the importance of having a quality hospital in their community not only for themselves and their family, but for their customers and employees as well.

That idea hit home for Paul Jr. when two of his employees suffered burns in an industrial accident last year.

“We rushed them to the nearest clinic, and they told us we should go to the Burn Center at Torrance Memorial,” he says. “They took such good care of these individuals, who had burns on their faces and chests. If you see them now, there is no scarring, no issues. To watch the way the doctors took care of my employees—my family—I realized this was a place I wanted to support.”

Since becoming patrons, Paul Sr. and Joanna have made use of the Medical Center. Paul had a heart angiogram, and Joanna is under the watchful care of the “one and only Torrance Memorial.”

Time has proven the Giulianos know the recipe for success. It’s a simple formula, yet it takes effort and commitment. And just as it has served their family for 67 years, the formula has been a hallmark of Torrance Memorial since its founding nearly 95 years ago: quality and service, without compromise.

1. Mix all ingredients well. It should be well-incorporated into a smooth, soft mix.