For more than a decade, qualified charitable distributions (QCDs) have been a staple of tax-efficient philanthropy for seniors. The current rules are better than ever, thanks to a quirk in tax law, but that tax law opportunity vanishes in January 2022.

Acting this year can be a savvy strategy. Here’s the story:

Generally, distributions from a traditional (pre-tax) IRA are included in gross income, subject to tax. The prime exception is a QCD, which goes directly from an IRA to a qualified charity. QCDs don’t provide a tax deduction, so why make donations this way?

Because QCDs enable IRA owners to move money from a tax-deferred retirement account without owing tax. QCDs aren’t included in gross income, regardless of how much money a taxpayer reports. Holding down adjusted gross income (AGI) may have many benefits on a tax return.

To understand the possible advantage of using QCDs this year, it’s vital to know a tax break is about to expire. Generally, deductions of cash donations are limited to 60% of AGI – for example with an AGI of $120,000, cash contributions of $72,000 are tax-deductible.

John and Mary Smith wish to support a favorite charitable recipient, such as Torrance Memorial Medical Center, with a donation of $500,000. They decide to use QCDs for the maximum allowed - $100,000 per person per year. John and Mary each direct their IRA custodians to move $100,000 from their individual IRA accounts to Torrance Memorial before the end of 2021, for a total of $200,000. Additionally, John transfers another $300,000 from his IRA completing the $500,000 gift.

The $300,000 is added to John’s AGI, but under the 100%-of-AGI provision described above, the Smiths can deduct all $300,000 on their tax return, as an itemized deduction, if they have a larger AGI. With this approach the couple has made the $500,000 donation they wanted, moved $500,000 of pre-tax money from their IRAs without raising their tax bill, satisfied their required minimum distributions (RMDs) and freed up cash they didn’t need to use for their charitable contribution.

Besides the $100,000 annual limit on QCDs, IRA owners must be at least age 70½ to qualify for the QCD option. The Secure Act of 2020 raised the age for RMDs to begin from 70½ to 72, so the QCD option can actually be used before RMDs take effect.

That said, QCDs are especially attractive for taxpayers who must take RMDs. QCDs satisfy the annual RMD, and they do so without adding to the IRA owner’s taxable income. Using QCDs is an excellent way for people taking the standard deduction to get a tax benefit (a lower AGI), even though they’re not itemizing deductions.

Something to consider in your planning is the tax code contains a trap for QCD users. Each year, the first dollars taken from an IRA are considered to satisfy RMDs, so it’s wise to begin making QCDs early in the year.

Even though the 100%-of-AGI remains a viable year-end tactic for 2021, IRA owners should begin making their 2022 QCDs early next year to avoid being snared by this tax trap. 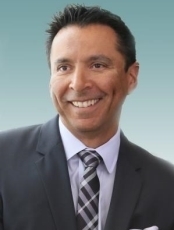 Christian Cordoba is a CERTIFIED FINANCIAL PLANNER™ and Founder of California Retirement Advisors. He is a member of Torrance Memorial’s Professional Advisory Council. chris@craretire.com. (888) 643-7472.

Investment advisory services offered through Mutual Advisors, LLC DBA California Retirement Advisors, a SEC registered investment adviser. Securities offered through Mutual Securities, Inc., member FINRA/SIPC. Mutual Securities, Inc. and Mutual Advisors, LLC are affiliated companies. CA Insurance license #0B09076. The information presented is not to be considered advice you can or should act upon for investment, tax or estate planning purposes without consulting with a professional to discuss your own set of unique circumstances. This article is designed to provide you with information regarding investing and planning for or during retirement.